I bought my first OnePlus smartphone (The OnePlus One…hereafter ‘The One’) in December 2014, much before it became the de facto mid-tier premium smartphone in India. I used it for about 26 months and then upgraded to OnePlus 3T in February 2017. The first one was ₹ 20,000/- while 3T was around ₹ 27,000/- after discounts and cash back. OnePlus started with a no-nonsense moto ‘Flagship Killer’ i.e. flagship devices at a killer price. Though not quite compare to the then flagships like Galaxy S5, LG and HTC in terms of display and camera, everything else played out nicely for The One. Snapdragon 801 Chipset with 3GB RAM was enough for usage of that era. OnePlus since has steadily bumped up the price with surprisingly iterative improvements over the years. The latest instalment OnePlus 6 still lags miles in terms of display and camera quality. But the price gap when compared with Samsung or LG or even Apple iPhone has since been drastically narrowed. Below is a chart of comparison between OnePlus devices and Samsung S series devices launched in the same year.

You can see somewhere with massive popularity in India and launch of 5/5T OnePlus lost its motto ‘The Flagship Killer’. I don’t buy a OnePlus device for anything that’s out of the box. I buy OnePlus for flagship Snapdragon processor combined with higher RAM with everything else being decent. As a user, I’m looking at the basic product functionality or in marketing terms the ‘core product’, not a potential product with a suite of additional features and services. For the “experience” of a potential product, I will go with a flagship Samsung or iPhone with the best-in-class camera, display, water resistant capabilities and long-term software and service support.

Now let’s come to the OnePlus 6. It has flagship Qualcomm Snapdragon 845, 6GB/8GB RAM and 64/128 GB storage. The camera is still mediocre, display stuck with Full HD+ resolution and average saturation with IP (water resistance) certification still missing. OnePlus 6 retails at ₹ 34,999/- for the base version on Amazon India with frequent card discounts the price can go as low as ₹ 33,000. Let’s compare with other smartphones.

Galaxy S8 price has dropped to almost ₹ 38,000/- in online stores during promotions. Despite being a year old phone it still has one of the best cameras in a mobile device and QHD infinity display is still one of the best around. Yes, the processor is a year old but long software support and OS upgrade promise from Samsung will definitely keep performance smooth for quite some time. I have seen Galaxy S9 can be availed at as low as ₹ 43,000/- with exchange and card discounts. My friends have bought the iPhone 7 at ₹ 38,000/- which is still a very good phone. LG G7 ThinQ can be availed around ₹ 35,000/- with card discounts and promotions which is one of the best flagship currently available (and highly underrated in my opinion).

Yesterday Xiaomi launched POCO F1 with identical specs to OnePlus 6 and a jaw-dropping price of ₹ 21,000/- and with card discount it can be availed at ₹ 20,000/-. Xiaomi has made it clear they are delivering a functional device which is a core product aimed exactly at users who made OnePlus the brand it is today. Maybe Xiaomi is undercutting price to gain market share for the moment but the device will be still attractive with a price tag of ₹ 25,000/- for the 6GB/64GB base version. Yes onePlus looks a bit more premium with glass on both sides but the price difference is so huge that the aesthetics are not going to make a big impact on the targeted user base. Note that all the user concerned about looks and build quality will opt for the Samsung S series or Apple flagships compared to OnePlus because of the aspirational brand value. 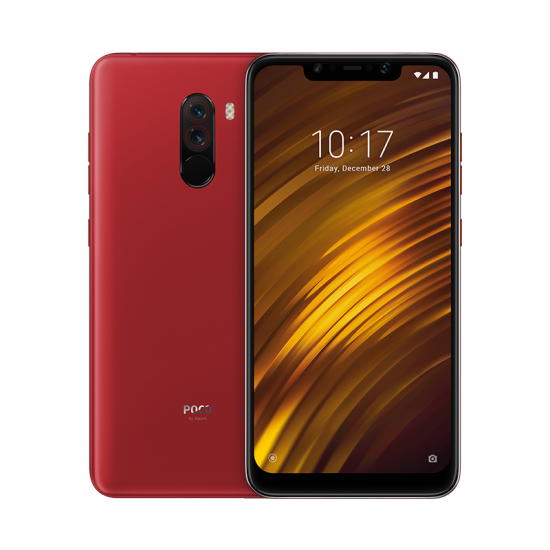 OnePlus has done one thing very good since its inception. They have never dropped prices of devices after launches like Samsung and LG or never discounted earlier models rather like Apple. This is something that’s going to haunt them now. It’s a catch 22 situation for them. OnePlus 6 might have sold over a million units since its launch in India. They can’t drop the price now to close the gap with POCO F1 because it will irk buyers of ‘The 6’. They also can’t keep ‘The 6’ priced at ₹ 35,000/- for the base version while POCO F1 eats all their market share. They can’t also undercut the anticipated OnePlus 6T since it’ll create an uproar from ‘The 6’ customers It’ll be really interesting to see how OnePlus reacts to Xiaomi.

About me - My name is Jnanadarshan (Pronounced Gyana-Darshan) Nayak and I’m working at TATA Consultancy Services as a Business Analyst. I have Majored in MBA-Marketing from Xavier Institute of Management, Bhubaneswar in 2017.

Reading time - 2 min 31 sec Economic development is necessary but not at the cost of peace and social justice. I’ve always supported the vision and the economic agenda of PM Modi